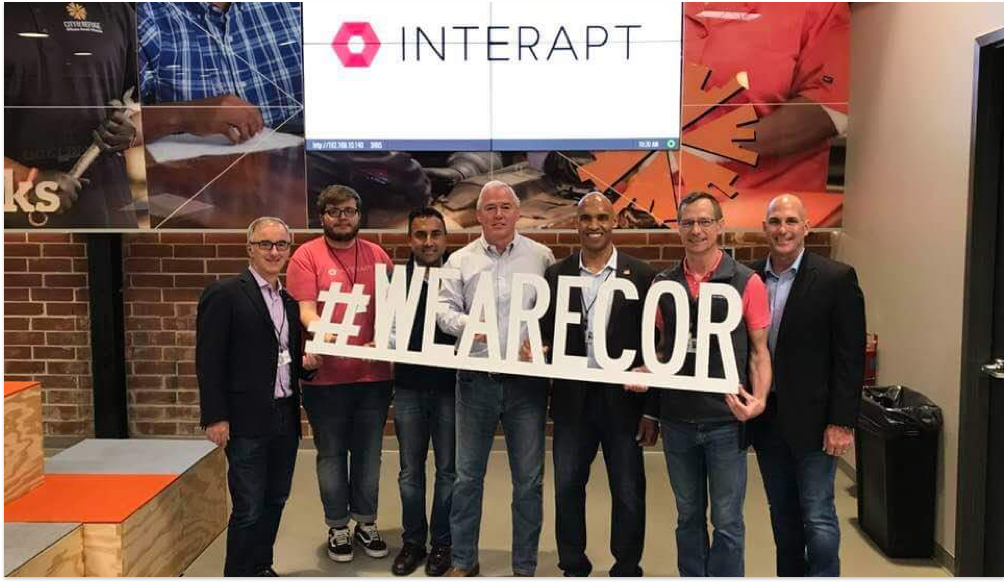 Founder & CEO Ankur Gopal founded Interapt in his apartment with a vision to create a world class IT company that transforms clients and empowers humans through technology. In Interapt’s early stages of growth, the company struggled to find local tech talent to the point that it was turning away work. To solve this challenge, Interapt turned to a unique solution — creating our own talent.

With a dedication to corporate social responsibility, Gopal saw an opportunity to uplift citizens in his home state of Kentucky by providing tuition-free software development training. Our first programs, hosted in rural Kentucky, graduated 35 individuals and provided them a new and in-demand skillset. Many of these individuals had been living paycheck to paycheck, but they now had the economic freedom and stability to support their families.

Since that time, we have also hosted programs in Glasgow (KY), Louisville and most recently in Atlanta. Our programs are making a lasting impact for businesses and communities as we continue to introduce individuals, enterprises and cities to the economy of the future.

To date, we have changed 86 lives — and counting.

What’s in a Name?

Interactive refers to both the world-class technology services we deliver, as well as the two-way relationship we have with our customers.

Aptitude evokes the skills program at the core of our mission. We believe everyone has the aptitude to be part of the ever-changing tech workforce, they just need to be trained and supported.

With a focus on innovative app development

EY Entrepreneur of the Year Award

35 graduates placed in IT roles

Candidate for the Endeavor Louisville Program

Partnership with City of Refuge expand training program to Atlanta

Our Mission
We transform clients and empower humans through technology.
Our Vision
We will be a part of thriving, inclusive technology ecosystems that invest in people and communities across America.
Our Values
EXCELLENCE

We strive to deliver high quality, timely and valuable work.

SERVANT LEADERSHIP
We empower each other by building trust and putting others first.
IMPACT

INTEGRITY
We endeavor to do the right thing, acting with honor and truthfulness.
EXCITEMENT
We bring passion to our work and celebrate our achievements.

Ankur Gopal is the founder of Interapt, an award-winning IT Services firm that works with Fortune 1000 companies and communities on digital transformation, BPO, and IT workforce training. As in many companies and communities, Gopal faced difficulty in finding talent to serve the needs of his clients, which led him to create a 6-month paid training program which has now turned into one of the leading IT Apprenticeship models in the U.S. His program focuses on serving underemployed and unemployed individuals in rural and urban areas, as well as veterans into IT job opportunities with upward mobility.

This model for creating high-wage IT job opportunities; while simultaneously removing people from crises, has been called a bold national model in solving the skills gap and creating net new jobs for America. Interapt has worked with the Department of Labor on helping write the national standards for IT Apprenticeships in the U.S. Most recently, Interapt announced a national partnership with General Assembly, creating multiple training locations nationally with global partners.

Ankur is the recipient of the EY Entrepreneur of The Year, 40 Under 40, Kentucky Entrepreneur Hall of Fame, and Business First’s Business of the Year. In 2020, he was selected as an Endeavor Entrepreneur, a global distinction that recognizes and supports of the world’s highest growth companies. He was honored by his alma mater, the University of Illinois, as their 2018 Commencement Speaker. Ankur has been a featured speaker at The University of Chicago, Stanford University, and Mckesson’s Annual Meeting. He continues to speak at conferences and corporations throughout the world on creating high-tech job opportunities by blending capitalism, altruism, and entrepreneurship. He credits the guidance of his teachers, mentors, and family’s immigration story for helping define his purpose and his entrepreneurial journey.

Ankur is an alumnus of Second City Chicago, where he performed stand-up comedy and improv on the Main Stage. He is a lifelong tennis player, and continues to play and compete. He enjoys live music, independent films, video games, and cooking for his friends and family. 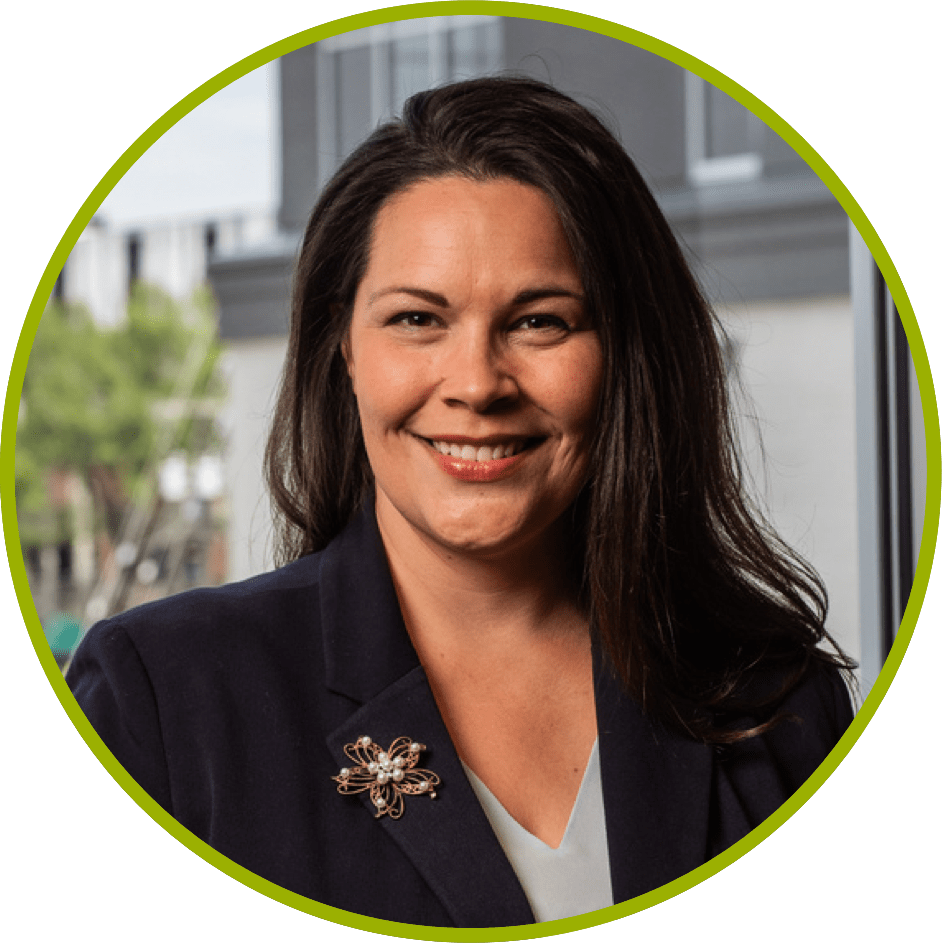 As a seasoned executive with more than 20 years of progressive leadership and talent development experience, Merabeth has committed to creating an environment where people feel they belong, that the work they do has meaning, and that – at the end of the day – there is a sense of satisfaction and purpose.

Merabeth graduated with a communications degree from Indiana University and earned a master’s degree in business management shortly thereafter. She is a Louisville native currently residing in Jacksonville, FL with her husband and 3 children. 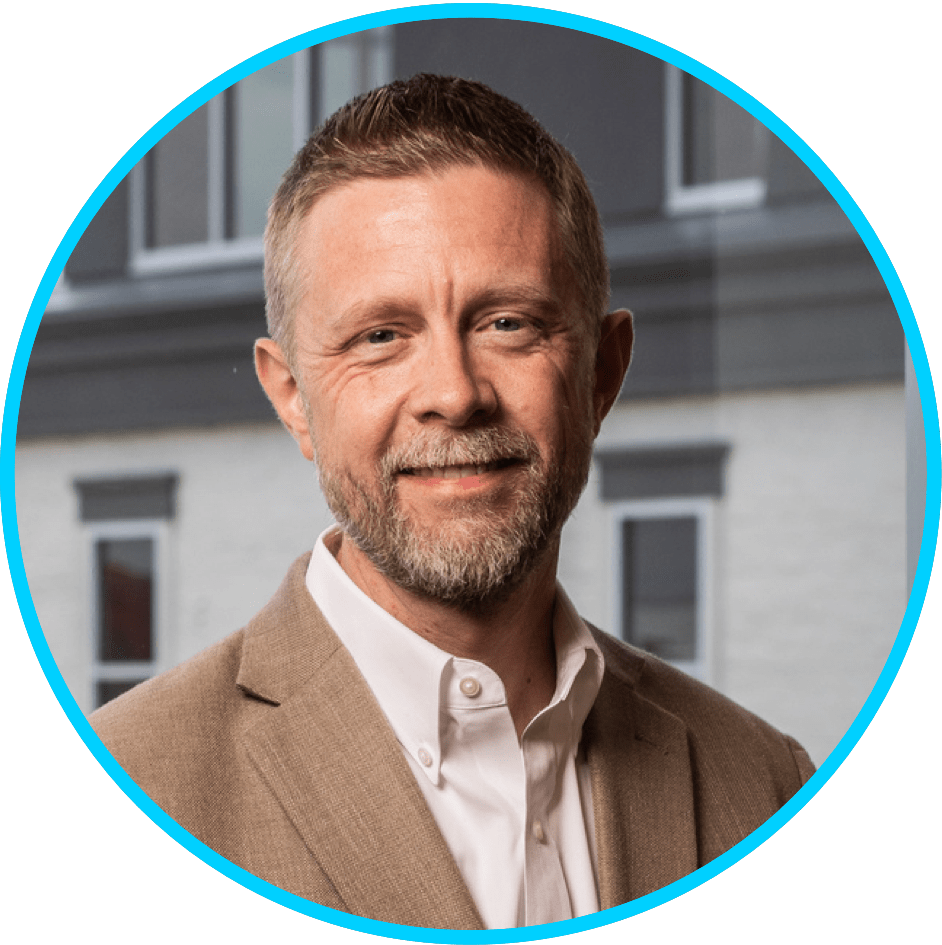 Shane Raymond leads Interapt’s Business Process Solutions division – an amazing team that provides contact center outsourcing solutions to organizations big and small. As President of the BPO Solutions team, he is responsible for ensuring that they accomplish two things on every one of their engagements:​EXCEED CLIENT EXPECTATIONS​ and be an ​AMAZING PLACE TO WORK.

Shane joined Interapt in 2019 after nearly 20yrs in strategy, change management, business development, and training roles in the financial services industry. Prior to moving to Louisville in 2016 Shane and his family resided in Maple Grove Minnesota, a Minneapolis suburb.

Shane is now a proud Louisvillian and is actively involved in the community. He serves on the board of directors for Hand in Hand Ministries – an organization working to repair homes in west Louisville, and on the Lincoln Heritage Council for Boy Scouts of America board. Outside of work he spends his time keeping up with his three teenage children and is an avid runner.

Shane has is a graduate of Ignite Louisville program, Wharton’s SII program and holds the Prosci Change Management certification and FINRA Series 7 and 24 licenses. He received his Bachelor’s degree in History, and a minor in Business Administration at Moorhead State University (Moorhead, MN). 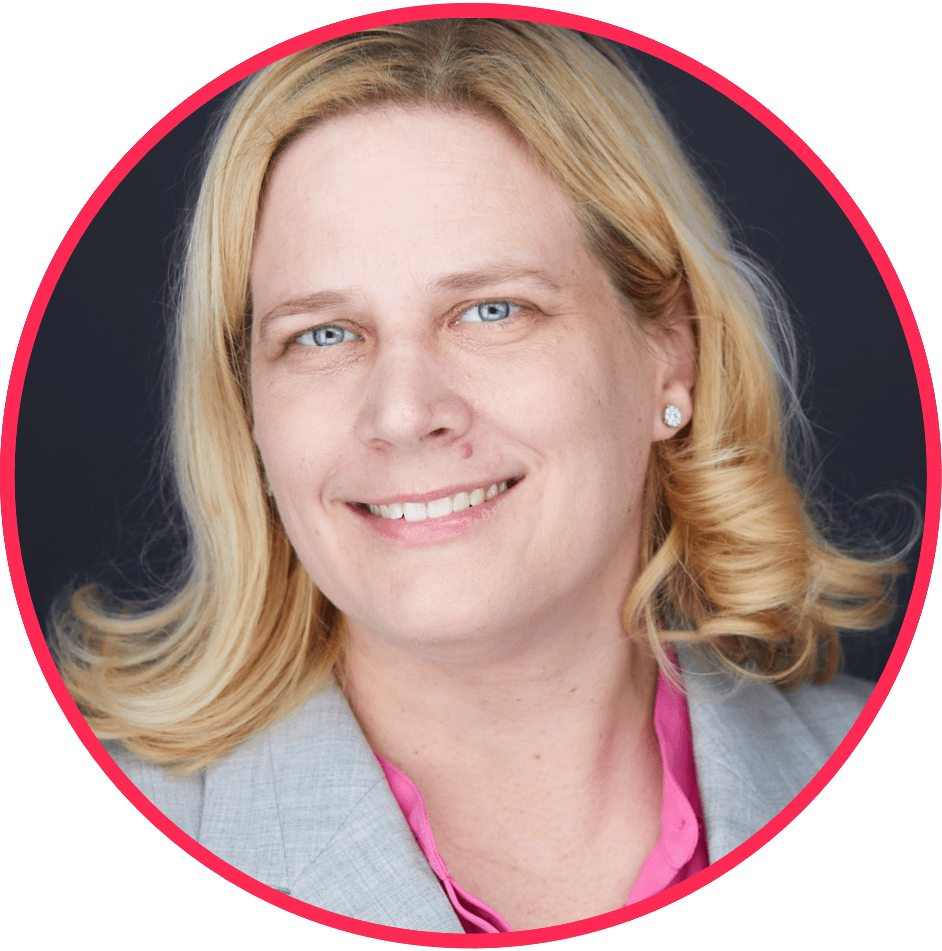 Ms. Redden graduated with a Bachelor of Science Degree in Computer Science as well as a minor in Mathematics and Statistics from Eastern Kentucky University and possesses over 20 years of experience in information technology. She was awarded the Scrum Master certification and graduated from Ignite Leadership Louisville. She joined Interapt in 2021. 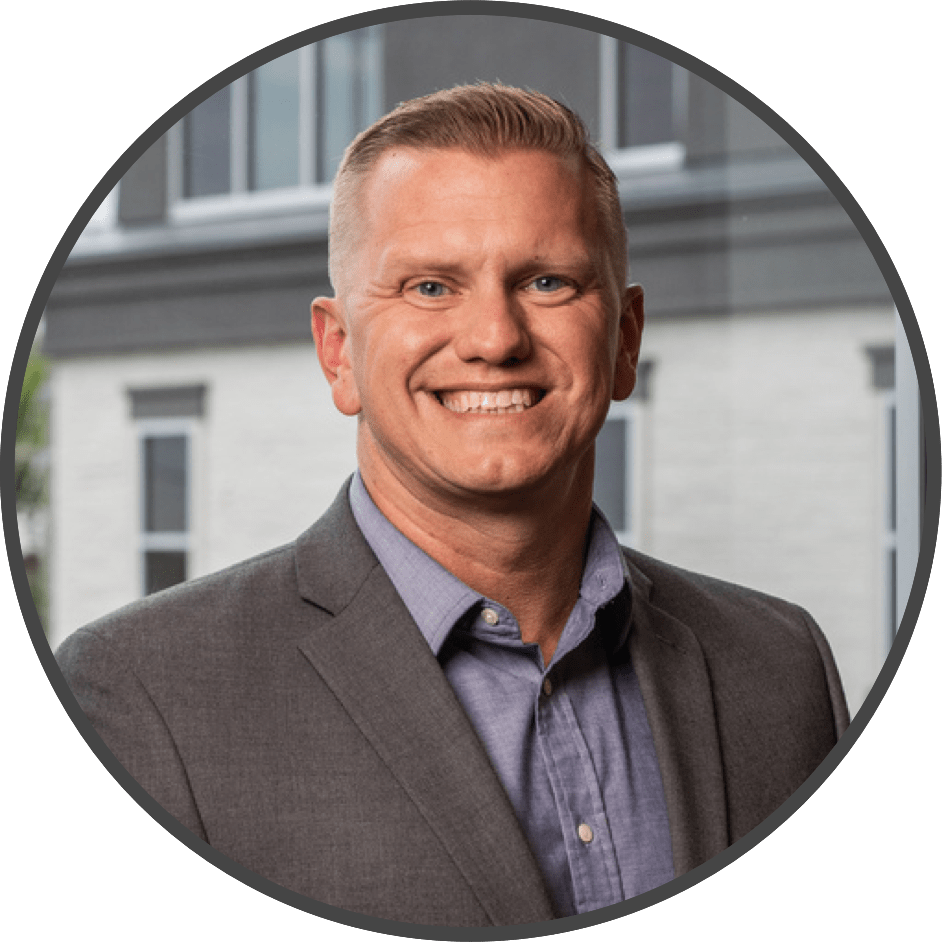 Justin Clark serves as Chief Legal Officer for Interapt. Justin is responsible for developing and leading corporate legal strategy, corporate compliance programs, the delivery of legal services and resources, and advises the CEO and other corporate officers on a variety of issues.

Justin graduated with a Bachelor of Arts from Western Kentucky University and earned his Juris Doctor from the University of Kentucky College of Law.  Before joining Interapt, Justin was a member of Stoll Keenon Ogden PLLC, where he served as a member of the firm’s executive committee and was regularly named one of Louisville’s Top Lawyers by Louisville Magazine. Between leaving Stoll Keenon Ogden and joining Interapt, Justin served the Commonwealth of Kentucky as General Counsel for the Cabinet for Health and Family Services, as Litigation Counsel for the Office of the Attorney General, and as a Special Justice for the Kentucky Supreme Court, hearing and deciding a case of first impression. 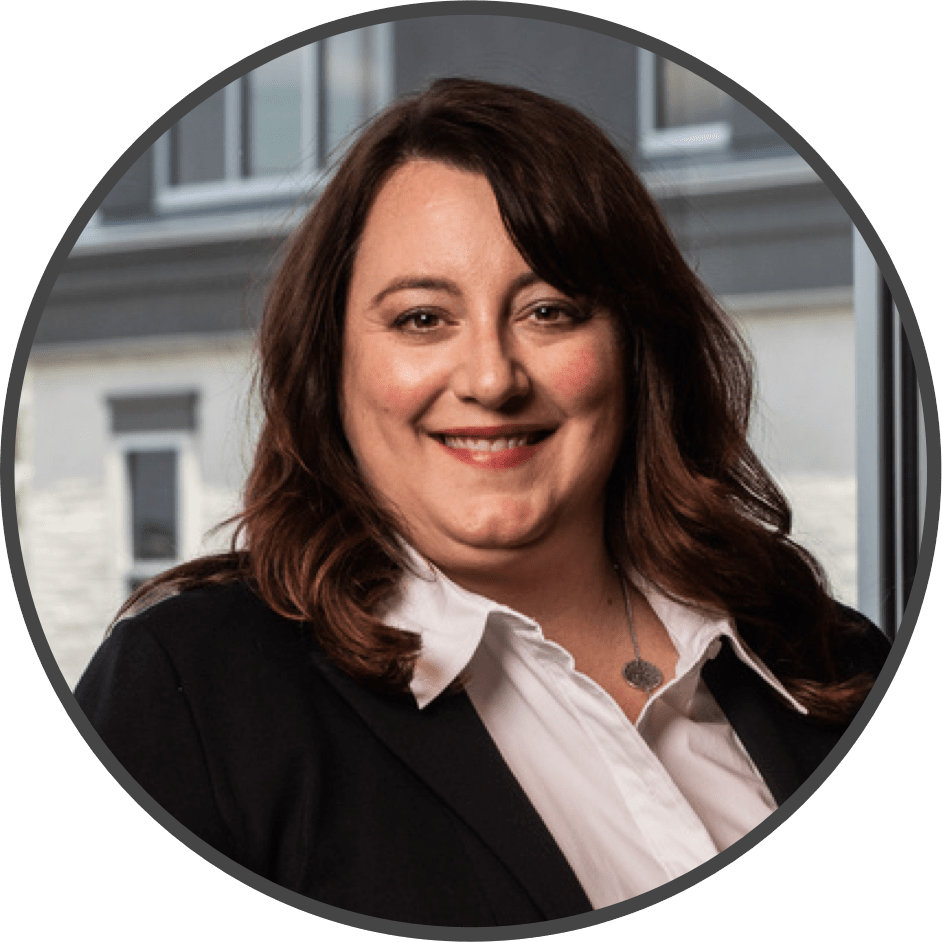 Elizabeth Butler is the Financial Controller for Interapt. She’s responsible for the overall accounting and finance operations. Including financial planning, reporting, cash management and payroll.

Elizabeth graduated with a Bachelor of Science Degree in Accounting from the University of Louisville and has 20 years of experience in multiple facets of accounting and finance. She is a Louisville native and joined Interapt in 2021.

READY TO GET STARTED?